Do You Know What the Declaration of Independence Means?

I don’t know about anyone else, but I am sitting here, mulling over the current state of American political discourse. I think we can all agree, it’s not necessarily on the same level we would have witnessed in 1776.

Then again: women can vote. African Americans are free. It’s not as bad as many people seem to believe.

Regardless, when I was still at work in a classroom, I was an ardent fan of the Declaration of Independence. I love the message the document sends, even if sometimes the messengers who spread it are flawed.

What I wanted students to understand were the ideals at the core of the Declaration. These ideals still matter today.

In my American history class, I expected students to be able to answer the six questions below, with answers to all six to be found in a short section of the document, only 84 words long. (See below.)

IF IT’S BEEN A FEW YEARS since you studied your history you may not recall that the Declaration is several pages long. Most of that length is filled with a list of grievances against Parliament and George III.

If you’re a normal American—and admit it, you believe you are, no matter what anyone says at the family picnic—you have forgotten what those grievances were. Whereas you may still remember the lyrics to “Yellow Submarine” or be able to name the four starters on the defensive line of your favorite NFL team.

In my class, we began with a few specifics. When asked, Gary could immediately raise a hand and name the main author of the document (Thomas Jefferson). Eric or Renee would know the date and year of the document (July 4, 1776). Then I liked to add a few relevant details. I pointed out, for example, that Jefferson was a slave owner, hypocrisy never running far below the surface of politics.

And there was that issue of his long-running sexual relationship with Sally Hemings. (For more detail, go to : “Thomas Jefferson’s Slave Son, Madison Hemings, Tells His Story.”) 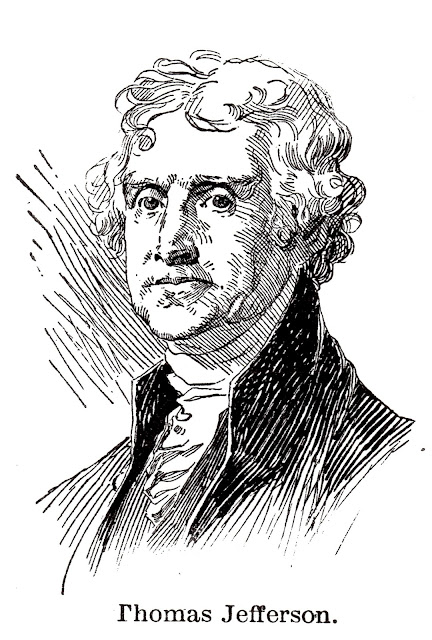 Then I might jokingly say to my class: “If you don’t know anything about the Declaration of Independence you shouldn’t be allowed to shoot off fire crackers on the Fourth! You shouldn’t get a hot dog, either.”

“You should have to eat stewed prunes.”

OTHERWISE, I WAS DEADLY SERIOUS about imparting critical knowledge. So students were required to memorize the section below, which still matters today, which will always matter in human affairs:

We hold these truths to be self-evident, that all men are created equal; that they are endowed by their Creator with certain unalienable rights; that among these are life, liberty and the pursuit of happiness; that to secure these rights, governments are instituted among men, deriving their just powers from the consent of the governed; that, whenever any form of government becomes destructive of these ends, it is the right of the people to alter or abolish it, and to institute a new government.

To help my seventh and eighth grade students grasp what the Declaration was (and is) about, and aid a bit with memorization, I provided a copy of the section in two forms, one seen above.

In the version below, the words in capitals tended to confuse my young charges. So we started by defining these terms. Vicki or Joey might immediately see that “self-evident” meant “obvious.”

Rob—a star student in my fourth bell who I eventually nicknamed “Mr. Dictionary,” out of respect for his impressive facility with words—might offer, “It means ‘something proves itself.’”

So, we’d move along.

Few of my charges could ever define “endowed.” I used the same joke every year. (You could have heard it if you stepped into my room in 1977 and again if you visited in 2007.)

I never minded if, at that point, someone called me a wrinkled fossil. It kept class awake. It kept kids involved.

We worked our way through the passage: unalienable = can’t be taken away; secure = protect; consent = permission; abolish = get rid of.

We hold these truths
to be SELF-EVIDENT,
that all men are created equal;
that they are ENDOWED
by their Creator
with certain UNALIENABLE RIGHTS;
that among these
are life, liberty and the pursuit of happiness;
that, to SECURE these rights,
governments are INSTITUTED
among men,
DERIVING their just powers
from the CONSENT of the GOVERNED;
that, whenever
any form of government
becomes destructive
of these ENDS,
it is the right of the people
to ALTER OR ABOLISH it,
and to INSTITUTE
a new government.

AS FOR THOSE SIX QUESTIONS—shown again for convenience—the answers to some came quickly. Maddy and Mara and Sadie all raised a hand to answer the first. Mara was quicker, and when called upon, supplied the word “people.” Brad was prompt in supplying an answer for four. “Equally,” he said.

The answer to #2 also came fairly quickly every year, in every class. “Change the government,” Steve said.

Then #6: “To enjoy life, liberty and the pursuit of happiness?” Candace offered with a tinge of doubt.

But the greatest confusion came when we tried to answer #5. I’m afraid some politicians couldn’t answer it today. “The government,” some student would always try first.

“The president?” “Jefferson?”  “Congress?” others would suggest. You always had some poor devil who stuck up a hand and repeated: “The government?”

Finally, Jodi or James would realize what Jefferson was saying and respond, “Anyone. He means our basic rights can’t be taken away by anyone.”

I would sometimes reach in my desk and pull out a candy bar from a large stash I kept and toss it to the teen who had answered. “Very good,” I’d say. “Jefferson was saying that God granted us our rights at birth and those rights cannot be taken away, not by anyone, not by government, not by other citizens.”

I don’t know: I think these ideas matter, on this day, July 4, and on every other day of our lives.

If I was still teaching today, I might use some of the following examples to illustrate how Jefferson’s words still resonate.

You could start by comparing Jefferson’s ideals with those of Adolf Hitler, who referred to groups he found inferior as “suitable beasts” to serve the Aryan race. You could focus on the Nazi leader’s fundamentally different approach. In the interests of race purity, he once insisted, “A powerful national government can undertake and accept responsibility for great limitations on the freedom of the individual.”

Forget: “all men are created equal.” Hitler argued that Jews were “incurable tumors” and must be destroyed.

The case of Loving v. Virginia (allowing inter-racial marriage) always seemed to interest the students I taught. I read recently that 20% of U.S. weddings today involve mixed race couples. The case of the baker, who didn’t want to bake a cake for a gay marriage, might get every student talking. Did the baker’s pursuit of life, liberty and happiness interfere or outweigh the same pursuit by the gay couple? You could look at the recent Supreme Court decision in that case, and get student involved in discussing the 5-4 decision, Masterpiece Cakeshop v. Colorado Civil Rights Commission.

I liked to throw in the story of what happened to Japanese-Americans in 1942 and ask how it could have happened at all. How was it possible that 110,000 people, including 77,000 citizens of this country could be sent to prison camps? Clearly racism and dehumanization played a powerful role. If it was up to me, I’d introduce the matter of Muslim-Americans today and the anger they often face.

I’d bring up the Supreme Court decision, Obergfell v. Hodges, that established the right of gays to marry.

I’d let my students wrestle with such examples and to the largest extent possible keep my opinions to myself.

I’d let students do as much thinking as possible, let them decide exactly what the Declaration of Independence means, even today.

YOU KNOW, IF YOU’VE TAUGHT for more than a week, that not all students are going to willingly sit down and memorize 84 words of anything. Still, I expected it to be done, and always put those six key questions on my American Revolution test, on the semester final and on the final exam every year.

I always gave students a week to commit the piece to memory. On the day of the quiz I asked them to take out a sheet of paper and write the section above for a test worth 75 points. Some preferred to come back to my desk and quietly recite, which I was also happy to allow.

I was a fanatic when it came to learning, I think you might say. I was happy every year that a large majority of students earned A’s or B’s on the first try. I gave those who had C’s or D’s an option to try again later.

I wanted everyone to succeed.

I required all who failed to come in and try again during lunch. Let’s say I had twenty in a typical year who had to try again. Two or three wouldn’t show up. Another might have a hidden, pre-written copy in a book and try to slip it out. Three or four would fail again. Typically, most earned A’s and B’s with a smattering of C’s. I always gave kids the higher grade. I didn’t average them out.

As I said, I wanted everyone to succeed. I told the three or four who failed again to return once more the next day.

Then I steamed down the hall to the lunchroom to chase down the two or three who hadn’t shown up. These lucky youths were awarded detention after school and another chance to study and improve grades.

By that time, I had often missed my entire lunch.

I would buy four fresh-baked chocolate chip cookies from the lunch ladies and wolf them down as I headed back to my room, wiping the crumbs from my lips as I began the next class after lunch.
Posted by John J. Viall at 10:17 AM